The Cog Maze is an area accessible from the Construction Frame Building.

The Cog Maze is a teleport maze consisting of floating gears of various sizes, serving as platforms. Rotating Phillips-head screws on each platform act as portals between other gears.

A slightly shorter screw on a platform to the northwest leads to the Construction Frame Building.

Another screw leads to a slightly darker area, with what appears to be a sign on the floor, which, upon interaction, shows a fullscreen image with the text「白昼夢」(Hakuchūmu, Daydream). This also unlocks a new book in the Library, containing the same image. Also found here is a bent screw, which unlocks Menu Theme #9.

Another shorter screw exists deeper inside the platform maze but currently teleports you to itself - effectively a dead end. A platform in the west constructed of three cogs with one screw in the middle contains a walking mannequin, which will take you to Nail World. 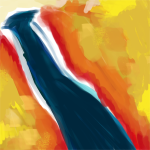 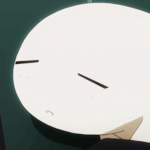 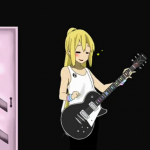